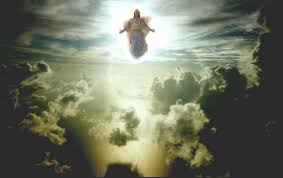 For the past few days I’ve seen the number 235 over and over again in the strangest ways, for example:  Somehow these small BLACK stickers (approx 1/2 inch x 1/2 inch) with the number 235 prominently displayed in WHITE font have been showing up stuck on the floor in the living room and a pair of them stuck to the threshold to front door entrance of my house.  They were probably on something that my wife bought like a lot sample number, packaging label etc, but these stickers were around for several days.

We’d clean them up and then found more 235 stickers in the bedroom.  I figured my little toddler, my daughter, found them and was playing with them, but nonetheless made a mental note of the number 235. And although I am keen on Biblical Numerology and know the importance that God places on numbers, and kept making a mental note to look up the meaning of 235, I got distracted with the demands of life and daily routine and forgot.
Then a few days ago, I was really struck by finding about 3 of these 235 stickers stuck to the bed, so much so I said, “Dear Lord, IF there’s some significance to this please reveal it to me if it be your will to do so. Amen.”
This morning I was reading an email from my brother in Christ, Tom Gaston regarding exciting Bible Code on the Hebrew year 5774: “The Event”(see below) and while studying this Bible code I got a very strong unction from the Holy Spirit to be obedient and look up the significance of the number 235.
HERE IS WHAT I FOUND:  235 אוּזָּל ‘azal {aw-zal’}in Hebrew means:  TO GO AWAY, TO LEAVE, TO VANISH, TO VAPORIZE, EVAPORATE (Evaporate into air: translation of Ocean water failing in Job 14:11) used in Job).  http://lexiconcordance.com/hebrew/0235.html

NOTE From Pastor Frances
I don’t know the meaning of the whole number 235, however if you break
it down “2” signifies separation or division.  “3” signifies resurrection or rapture.  “5” signifies grace.  In other words,
God’s people separated from this world [2] at the time of the resurrection and rapture [3] by the grace of God in Christ Jesus [5].  Glory to God!
NOTES From Tom Gaston:
This Bible Code……”The Natsal in Tevet “… is a “weave code.”   Both phrases are woven together.   The Hebrew term “Natsal” means basically the same thing as the Greek term “Harpazo” ( caught up / seize / snatch – 1 Thess. 4:13 -18 ).
The term “Azal ” is encoded twice in this matrixes.
Azal ..aw-zal /  Stong’s # 235…….means……..”to go away, hence to disappear.”
Notice the phrase….Father and the Bride….joins “The city.”   The term “mansion” is there with it twice.  the phrase…”Christ – mansion” is there also.
Look below.
Tom Gaston
Rapturetj@comcast.net