The Prophetic Hope of Annise Parker, President and CEO of LGBTQ Victory Fund 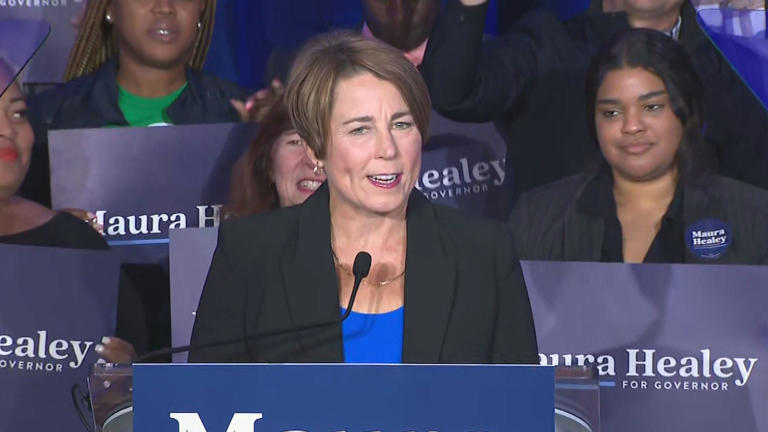 My Brother in Christ sent me this news article in link above titled, “Massachusetts just elected the nation’s first openly lesbian governor.”

My first reaction was: “In today’s fallen world, this is just more proof we are going home soon! I could not care less about politics, or someone bolstering – exploiting their sexual preference through politics.

Paul warns us in 2 Timothy 2:4: “No man that warreth entangleth himself with the affairs of this life; that he may please him who hath chosen him to be a soldier. And if a man also strive for masteries, yet he be not crowned, except he strive lawfully.”

See my studies on striving lawfully and being a good soldier for Christ.

The Path of a good Christian Soldier… #Endtimes #StrivingLawfully (thethirdheaventraveler.com)

As I read the quote in the article from Annise Parker, president and CEO of the LGBTQ victory fund who helps queer candidates get elected to public office, I had a powerful flash back to a day when I was a high school teacher.

: to vividly remember a past incident
The incident:
One morning as I unlocked the door to my classroom, I found a rainbow-colored pyramid shaped sticker about the size of my hand glued on the window of my door. At the base of the pyramid were the prominent black letters:  G S A.  My first reaction was to pull it off thinking some kids were tagging graffiti on doors. To my surprise the sticker was galvanized to the window and wasn’t coming off easily.
In a hurry I bypassed the notion and assumed more pressing matters of the morning.
During my class I was informed by one of my straight “A” students who happened to be a very outspoken lesbian and member of the JROTC program that I had been unilaterally honored as a safe space for the student body’s Gay – Straight – Alliance GSA.   I didn’t have any say in this but was told by my dean that the students decide where they have their meeting places and my space had been designated.  I figured I had more pressing issues to concern myself with than worry about this.
A few days later I was asked by one of my gay students about my military career in the US Navy submarine force and IF at the time of my service IF the Navy allowed gays to serve. I told the student that at the time I served, “openly gay” personnel were not allowed to serve on active duty.  I noticed several of my students standing and listening intently, including the lesbian student. Another student asked IF I agreed with this policy or not.
Of course, I realized I was being set up because the students knew I was a Christian and proclaimed my love and faith in Jesus Christ every time the occasion arose.  I also was aware of school policy forbidding these types of discussions and told the students to take their seats.
The students demanded I answer on both my moral convictions regarding homosexuals and homosexuals in the military service.
I finally had enough and said that I agreed with the Navy’s policy during my service IF the gay person was openly flaunting their lifestyle and pushing their lifestyle on others. I also believe the Bible when God says that homosexuality is a sin.
The classroom exploded. The lesbian girl ran up to my desk and literally started to scream and cry – real tears – telling me that I “used to be” her favorite teacher in the entire school, how she “used to” love coming to my class, etc. BUT NOW… I was a bigot, a hater, an evil, foul, terrible man, full of hate for her and other gays and I needed to be fired.
I told her that I didn’t hate her and gays, but rather I loved them, and she was still my best student. I told her that her and the other students that Jesus loved them too and that he died to save us from our sins.  And that we have choices in our life.  Their lifestyle is her choice, and I was only telling her what I personally know from my perspective and that she and the GSA members must respect my opinion and allow me to speak freely just as I allowed her and others to speak freely.
Nope!  Nothing doing… I had no right to express my thoughts IF my thinking was not precisely in line with their thinking. I was shamed into silence… No actually, I was intimidated and threatened into silence and that’s how we left it from there.
Back to the quote from Annise Parker, president and CEO of the LGBTQ victory fund who helps queer candidates get elected to public office…
The Holy Spirit made it clear to me that this woman’s quote is indeed prophetic because this will only grow as this world grows darker and darker before the Saints go home to be with our Lord.  This is what we will witness in these waning days:
When the “Queer” candidates are in complete power they will completely shut down any thought contrary to their lifestyle as hate speech.  The Bible and any “true Christian” will be vilified as public enemy number one.  FREE SPEECH is only an ideal but never a reality.
This all goes back to square one for the Saint.  Please do NOT get tangled up with the affairs of this life. Spend your time sharing the GOSPEL and LOVE of Christ Jesus.
The Gospel is found in 1 Corinthians 15:1-4 KJB
WE ARE SAVED IF WE BELIEVE JESUS CHRIST DIED ON THE CROSS FOR OUR SINS ACCORDING TO THE SCRIPTURES, HE WAS BURIED AND ROSE AGAIN ON THE THIRD DAY ACCORDING TO THE SCRIPTURES.  AMEN!
Find Jesus Now!  Time is Short! The End is Near!
MARANATHA!

Who are you Amir Tsarfati? – My Brother in Christ or A Ravenous Wolf in ‘Sheep’s Clothing

Who Are You Amir Tsarfati? Original post 6/4/2018       These things speak,and exhort, and rebuke with all authority.  Let no man despise thee. Titus 2: 15 . KJV This Blog is written in accordance with 2 Timothy 4:2-3 KJV and 1 Corinthians 5:12-13 KJV Note:  I love Israel and the Jews.  I am a born-again Christian who truly believes the Jews are God’s chosen people and abhor replacement theology. For the past year I’ve been closely following Amir TSARFATI on his BEHOLD ISRAEL YouTube channel.  I don’t use Facebook, was basically thrown off about 8 years ago for posting content that spread hate (simply posted photos of Islamic thugs murdering innocent civilians) . I also don’t use Twitter. Left after 10 years, nearly 10,000 followers, when new rules blocked my 1st amendment rights of free speech. I’ve been extremely impressed with Amir TSARFATI. I’ve been thrilled by his ministry. He shares my conservative views, especially achieving peace through stre
READ MORE

September 27, 2018
Dear Dr. Eugene Kim, References: a. Dr. Gene Kim video serving God https://youtu.be/LV6j0rB0yos See his comments to Andrew Sheets b. Dr. Gene Kim Teaching video on Trinity c. Dr. Gene Kim Teaching video on 501c3 conspiracy I earnestly pray you receive this opportunity to correct your errant ways. You are a gifted and brilliant young man. Most of your teaching is rock solid. But these glaring issues addressed below must be addressed. BBC International Dear Dr. Eugene Kim, Thank you Sir for responding to my comment (reference a) It’s obvious by your response you haven’t read the blog I sent you about why Brick and Mortar Buildings called churches are not biblical. Most of what you sent me in your response by way of your video teaching is addressed in the blog. As far as using Romans 13:1-7 to defend 501C3 and your building – I address below. After careful consideration – I have to write this as a testimony as a witness submitted as Ambassador for The
READ MORE

https://www.nowtheendbegins.com/7th-congress-of-leaders-of-world-religions-adopt-human-fraternity-chrislam-document-pope-francis-mohamed-bin-zayed/       Now The End Begins CHRISLAM CHRISLAM CONFIRMED: Led By Pope Francis, Leaders Of The World’s Religions Formally Adopt Human Fraternity Document At 7th Congress Published   44 mins ago   on   September 17, 2022 By   Geoffrey Grider   NOW THE END BEGINS SHARE: With the adoption this week by the 7th World Religions Congress of the Human Fraternity document created by Pope Francis and Mohamed bin Zayed, Chrislam is now the official One World Religion. It’s official, Chrislam has  now been codified and ratified, with the approval at the  7th Congress of Leaders of World and Traditional Religions , of the Human Fraternity document  created by Pope Francis  of the Vatican, and financed and promoted by  Mohamed bin Zayed  of the UAE. Question – Guess who they forgot to invite to the festivities? Answer – Jesus Christ, His Name appears nowhere
READ MORE